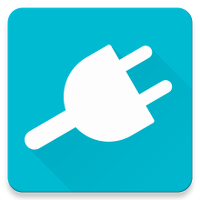 SnooZy Charger is a Power Connection manager. The app turns off the screen on power connection or disconnection, to save battery consumption by the phone's display.

SnooZy can also be used as an auto-lock on unplug or simply as for power connection history.

This app can be useful to save battery when using a solar charger, where power connectivity relies on weather conditions!

It was initially developed as a fix for battery drain issues on Samsung Galaxy Nexus: some devices randomly detect a power connection without any charger being actually connected to the phone. This would drain the battery because of the screen turning on to display the "Charging" message, multiple times per hour till screen timeout.

This app does NOT manage any other phone functionalities, such as WiFi, Bluetooth, GPS, etc. There are other apps for that…

The Android app includes (thanks!) libraries and derivative work of the following projects:

These three projects are all released under the Apache License v2.0. 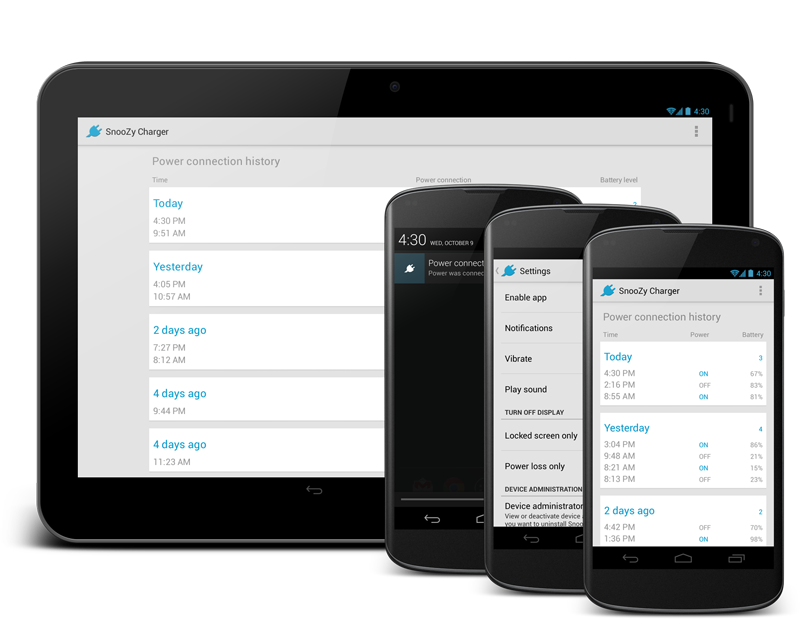